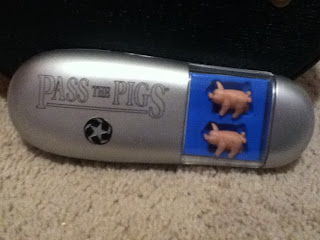 Here is a photo of the weirdest thing I'm putting in my carry on.

Pass the Pigs dice game:-)
Posted by Nicole No comments:

Email ThisBlogThis!Share to TwitterShare to FacebookShare to Pinterest
Labels: Nicole

In twenty four hours, our ride will arrive to take us to the Calgary International Airport. My bag is almost packed, but I'm still trying to wrap up the paperwork part of our life. Every bill I pay has to come to me electronically from now on. Every bill has it's own account number and pin. Some are obvious and some are elusive. Some bills are in my name and some are not. I am also trying to wind up two corporations on behalf of my husband with the help of our accountant. There are only twenty four hours left to accomplish so much. The good news is - when the plane leaves I plan to be on it whether everything on my list is done or not. The good news is that adventures and once in a life time experiences are just over the horizon.
Posted by Susan No comments:

Email ThisBlogThis!Share to TwitterShare to FacebookShare to Pinterest
Labels: Susan

"A daring adventure or nothing"

"Security is mostly a superstition. It does not exist in nature, nor do the children of men as a whole experience it. Avoiding danger is no safer in the long run than outright exposure.

Life is either a daring adventure, or nothing." 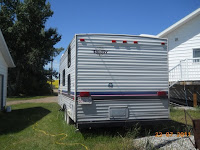 I've been called a lot of things.
"Trailer"
is the name given to someone
who moves overseas when their spouse accepts a job overseas.
Charming.
Posted by Susan 1 comment:

Email ThisBlogThis!Share to TwitterShare to FacebookShare to Pinterest
Labels: Susan

When you think of Turkey do you think of a rolling landscape, olive trees, and a land that straddles two continents? Or do you think of a tasty bird we eat at Christmas and Thanksgiving? Turkey is land that is rich both in beauty and history. This piece of land was ruled by Greeks, Romans, and other famous empires whose architecture is a huge tourist attraction today.

The people of Turkey include: Turks and Caucasians (originally from Russia), Arabs, Armenians, and Greeks to mention a few.

Though approximately 75.5 percent of Turkish people live in the city, agriculture is still a huge part of Turkish life. Some products are: sheep, corn, grains, cotton, and tobacco.

The Government of Turkey is a republic and has a president, a prime minister, and a cabinet. Some of the political parties include: the Nationalist Action Party, the Turkey Party, the Peace and Democracy Party, and the Republican Peoples Party. The Republic came into being when the Ottoman Empire, which had governed Turkey for nearly 600 years, fell apart after World War I. A man named Ataturk took control and reshaped Turkey. He moved the capital from the ancient city of Istanbul/Constantinople to the central city of Ankara. He was also responsible for forming the Republic; which he insisted have a secular government not a religious one. To this day the Turkish people still honour Ataturk and remember October 29, 1923 as the day they claimed independence from the Ottoman Empire.

Turkey has been the home of many nations and has a rich history. Turkey was the seat of the Ottoman, and Byzantine Empires. It was here the Persians prospered, and from here the Greeks, under Alexander the Great, pushed west and south. The Romans, Mongols, and ancient Hittites
also ruled over Turkey in their time. The Haiga (Aya) Sophia built and rebuilt by Byzantine Emperors and the opulent Topkapi Palace built by Ottoman emperors are major tourist attractions in Istanbul today. On the coast the ruins of the famous city of Troy remind us of the Iliad and the Odyssey.

So now what jumps into your mind when I say “Turkey?” Do you think of landscapes, beautiful ancient buildings, or a land where Empires rose and fell like the sea? Do you wish to see it? Maybe someday you will. 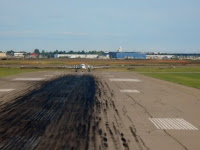