Gelibolu Melevihanesi or How the Murray's Crashed Mohammad's Birthday Celebartion

I saw this poster last Saturday - for an event at Gelibolu Melevihanesi on Sunday. 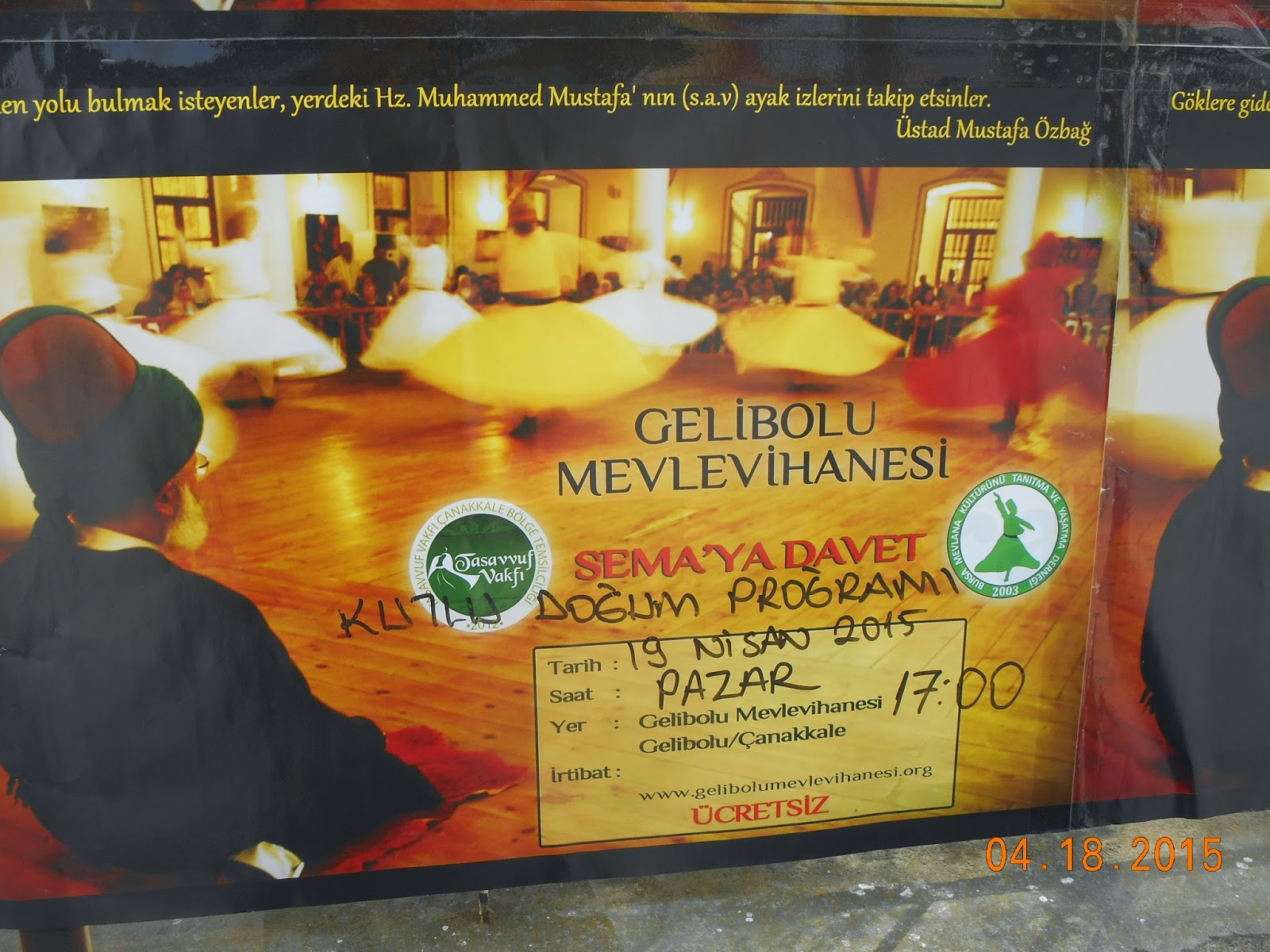 We've wanted a peak into this unique building since we discovered it. 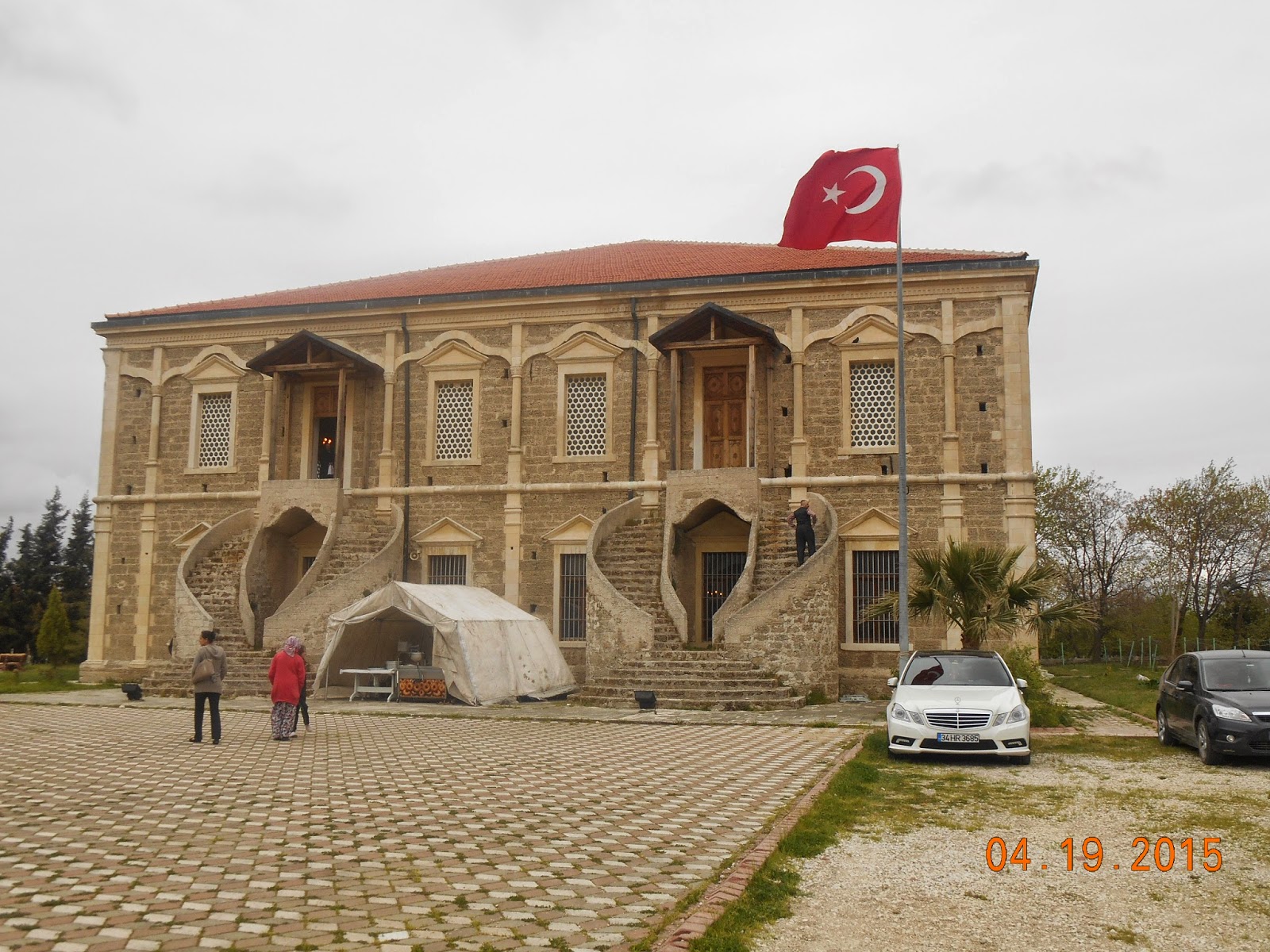 So we went - and of course got it wrong!

A Melevihanesi lodge is the worship location for Sufi followers. We visited the birthplace of this mystic religion in Konya and watched a ceremony where the dervishes meditate or/pray by turning or whirling. Here's a link to some of what you might expect to see at a dervish ceremony. (We respected the request not to take photos or video of the ceremony when we visited the Melevihanesi at Cappadocia, so this is someone else's video.)

We knew immediately upon entering the building that something else was going.  There were chairs in the centre of the building where the dervishes would usually meditate. We were greeted by a man who gave us each a rolled up piece of coloured paper with a small candy attached. The papers each had a different verse from the Koran written in Turkish. We could smell food cooking.We sat as near the back as possible. The band came in eventually and played a single song and then an older man with a white beard came in and sat down behind a table at the front.

There was no introductions but a man  began to pass a microphone among people in the crowd who asked questions of the white-bearded man. The crowd of mostly women and children, listened without reacting - no visible signs of agreement, or disapproval and no applause.. My Turkish is just good enough to understand words and some phrases. I listened hard, especially when one of the questions concerned jihad, but I came away none the wiser. Even after the Q&A started there was a continuous ebb and flow of people through the doors, so we didn't make a spectacle of ourselves when we left after an hour.

From our translation of the poster before we went, we knew that it was a birthday celebration, but not for whom. Rumi, the founder's birthday, is in September.  After the fact we learned that it was a celebration of Mohammad's birthday. On the upside we did get a peak inside.