After the museum we drove to Anzac Cove.  Cam and I were there in August 2011, but the kids had never been. It's a place of incredible natural beauty.  It is also the scene of a bloody WWI battle. 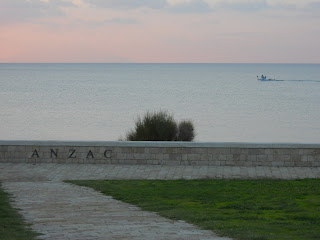 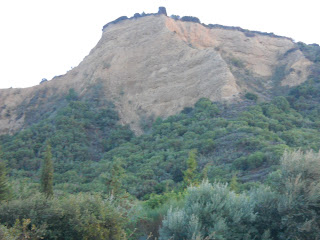 "You have got through the difficult business, now you dig dig, dig, until you are safe."
General Sir Ian Hamilton British Commander In Chief, Gallipoli 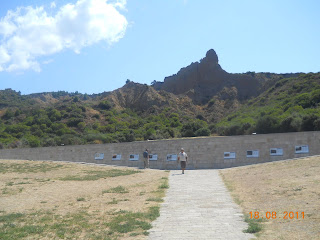 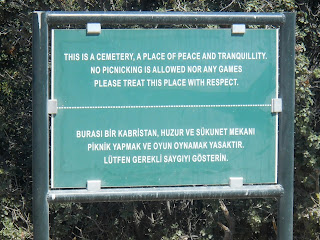 "Countless dead, countless! It was impossible to count."
Memis Bayraktar, Turkish Soldier
Anzac forces landed in April 1915 and were evacuated in December 1915.
Estimated Allied Soldiers Killed and Wounded:  141,113
Estimated Turkish Soldiers* Killed and Wounded:  195,000
*I've seen estimates upto 300,000 killed and wounded. Turks had many allies fighting along side them in this campaign from neighbouring countries and Germany.
**All quotes on this page come from the signs at Anzac Cove describing the battles.
Posted by Susan