Cam's been staying out all night!

As part of Cam's work, he regularly supervises drilling and completion work.  Sometimes that means that he's gone for a few days at a time, staying in camp on the location and sometimes that means that he leaves in the morning and comes home in the wee hours of the next morning. We're fortunate to be living within a 30 minute drive of most of the locations, he's worked on so far.

The other night while flaring operations were underway, the local fire department arrived.  Someone had called them, having seen the flame from a distance.  The "jandarma" (police) with their machine guns arrived a few minutes later. Although appropriate notice had been made to the powers that be; no one had bothered to inform the local boys - either that or they simply decided to have a closer look.  One of the jandarma knew Cam and knew where we lived. 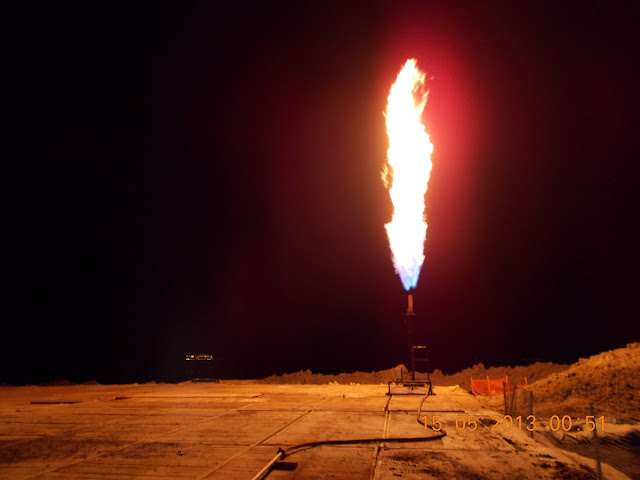