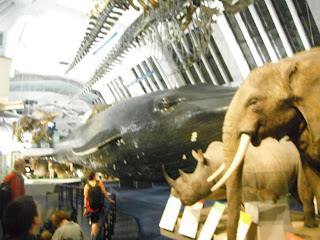 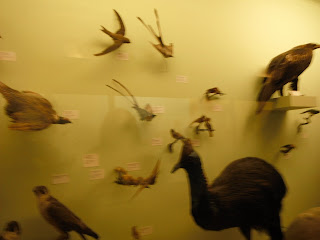 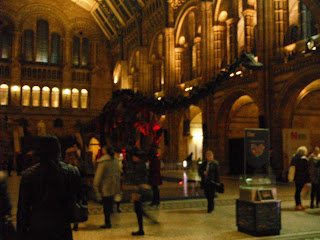 This place was awesome! The building was huge and looks like an old church. There is a statue of the builder, Richard Owen, a creationist and a statue of Charles Darwin, the father of the present theory of evolution. They keep the statues separate because these guys were comtemporaries and hated each other. :)
the displays were really cool the bird display was awesome they had every thing from ostriches to hummingbird to vultures and birds of paradise.
There is also a blue whale display, that thing was HUGE, especially when compared with other animals we think are big. That whale could easily swallow an elephant whole.

Over all I really liked the Natural History Museum. If you are ever in London you should definitely see it.
Posted by M Johanna M