Well, a post from me is long overdue and for that I apologize. Anyway, here are some photo's from last weekend's trip to Thessaloniki.

A funny car in the science museum just outside Thessaloniki 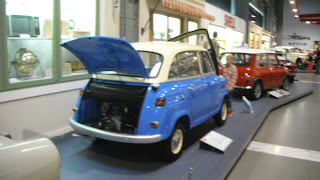 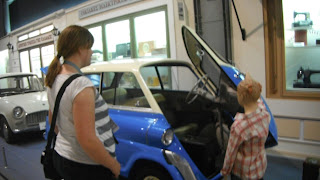 A cool galley from the ancient Greek technology display in the science museum. For some reason all of my pictures of the galleys are blurry :( 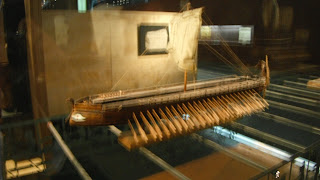 When we stopped for a drink and a rest at a little cafe, everyone was taking everyone else's picture.
Nicole liked her water :) 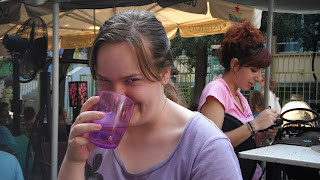 Sam was just enjoying the show! 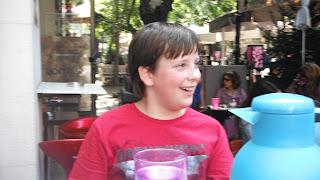 Friends! Romans! Countrymen! Lend me your ears!
Why? Don't you have your own?
This is the Roman forum of Thessaloniki. It's an impressive spread and Nicole and I are longing to do a drama in an amphitheater now. ;) 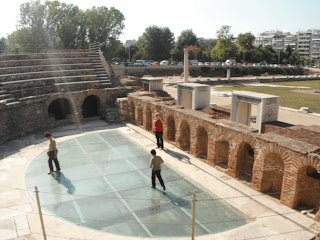 The first church in Thessaloniki; the Rotunda (Originally built as a mausoleum but Galarius, who built it, went and died somewhere else.)
Better than the Hagia Sophia in my opinion. I liked the mosaics better, most of the ones in the Hagia Sophia are creepy. 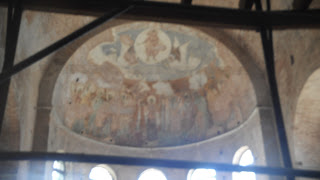 Engravings from the Arch of Galarius. I really liked the arch. 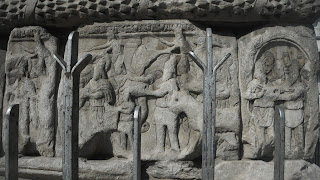 The restored minaret outside the Rotunda from when the Turks invaded and converted the church into a mosque. 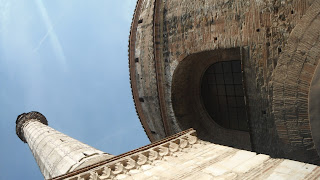 What's this? Alexander and Bucephalus?
Unfortunately because of construction we couldn't get any closer to the statue. Thankfully it was big enough we could take good photo's from a distance. 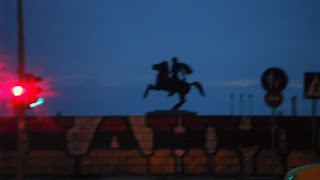 So that was Thessaloniki. Very impressive, it always awes me the amount of history there is in this part of the world. Thessaloniki was a thriving city before Jesus was born. The Via Ignatia, the old roman road from Istanbul to the Western side of Greece was in existence before explorers even dreamed of finding a Northwest passage.
Posted by M Johanna M